Development news and preview of the level 3

These last weeks, we wanted to limit the communication on Kickstarter and social networks. Indeed, we don’t want to penalize players who want to keep the mystery around Irena Genesis Metal Fury and not spoil the pleasure of discovering the game at its release. However, it was time for us to publish a news, as many of you have been asking for news about the project.

At the moment, we are looking for a way to regularly share information about the progress of our work without disturbing players who want to have the pleasant surprise of discovering the game at its release. It is likely that we will use a specific category on our site to offer you blog posts about the development of Irena with different technical topics.

So we are proud to present you the level 3 “SEA” which has evolved a lot since its first appearance in the prototype demo. Forget everything you’ve seen so far, because now it’s all about controlling the Rayden MG-323 in a rainy sea environment with new enemies that will keep chasing you! All is not lost, as we have preserved the “Dragon Fury” that was the boss in the prototype. This boss has been given a visual update and has new attacks for more intense action.

Unlike the prototype, after fighting the dragon, the action continue in a mystical cave where you will have to avoid many traps and face various enemies protecting the place. This second part of the level required different improvements to our engine in order to support new features, contributing to offer you a more complex level design than in the previous levels. This evolution of the level is accompanied by a new music composed by our musician SpaceCastle to better match the atmosphere and energize the action scene.

After going through the cave, Celina will be confronted with a powerful warship in an epic scene outside the cave. With this boss, we wanted to bring some diversity in the fights with more action on the screen while highlighting the technical capabilities of the SEGA Genesis / Mega Drive. For the moment, we decided not to reveal this fight scene to you so that you can discover it when the game is released.

Over time, you may have noticed that the White Ninja Studio logo has changed more than once. The reason is that we were never completely satisfied. That’s why we decided to change it again to get a logo that best represents our team, as you can see in this sequence that will be present in the final game. It is possible that this sequence will be modified in the course of time, especially with a character animation and another music. 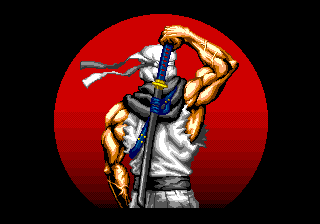 We take advantage of this news to point out that we have been experiencing problems with our server for a while, making our websites and services inaccessible. We are currently working to solve the problem, but if you encounter difficulties to access one of our sites or services, don’t worry, it does not mean that the project is cancelled or abandoned.

As a reminder, several weeks ago, our team decided to postpone the release date of Irena Genesis Metal Fury in order to improve the gameplay experience with a better level design and more attractive graphics. We hope you will appreciate all the efforts we have made so far to bring you a quality shoot’em up for the SEGA Genesis / Mega Drive, a console that never ceases to thrill us.

We are receiving a lot of messages about how to pre-order Irena Genesis Metal Fury, but for now, we have made the decision to close pre-orders as of September 10, 2021. So it’s no longer possible to pre-order the game, but it will definitely be possible to get a copy from Mega Cat Studios and Broke Studio when the game is released. Also, there are still many people who have not responded to our Backerkit survey, and it is important for us to close it. Please, if you have not already done so, kindly complete this survey so that we can account for all copies to be sent out when the game is released.

If you have an address change to make, feel free to send us a message, and we will unlock your Backerkit survey or update it directly. Please note that even if we don’t respond immediately to your change of address requests, they are still considered for an update.

How great that you published an update. I look forward to see the game complete. Take you the time you need to make it as great you can. All what I could se until now looks awesome.

Wish you the best.